Brought to you by OBS Staff Shaedum

Uglies, is the first of four books in the series. It takes place in a future world. In this world, at the age of 16, you get a ton a plastic surgery done to become “Pretty”. People completely re-do their whole appearance. When Tally Youngblood is getting close to her 16th birthday, she meets a girl named Shay. When Shay takes off to avoid becoming “pretty”, Tally’s whole world is changed. Tally is not allowed her surgery she desires, until she brings Shay back.

Tally Youngblood – When she leaves Uglyville, to look for Shay, she has to remain ugly. I do not think Emma Stone is ugly at all. I would love to see her in an action packed, serious movie, though.

Shay – Tally’s best friend, who also share the same birthday as her. Shay runs off to rebel becoming pretty. I would love to see Evan Rachel Wood play Shay. I think she has rebel written all over her! 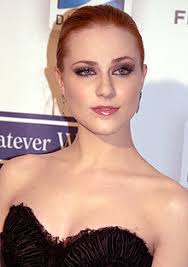 Peris – Since he is older than Tally, he gets his surgery first. He moves to New Pretty Town and parties it up. First guy that comes to mind is Kellan Lutz. He is a good looking fun guy!

David – Out in the Smokies they don’t have anything to do with the Pretties. It’s normal people, hiding, and doing hard work. He has always been a rebel. I would love to see Jake Abel as David.

Maddy – David’s mother now lives in the Smokies, and is very weary of all outsiders. I would love to Kate Bekinsale in this character. Maddy is one of my favorite characters in this series. She has all right to be the way she is, she has the Smokies and her family to protect. I can really see Kate in the protector role.

Az – David’s father also lives in the Smokies, he basically founded them. Much time being paranoid and working hard has took its toll on him. I think Kevin McKidd would be very good playing this.

Dr Cable – This one came so easy for me, the whole time I was reading I pictured Meryl Streep. Cable is the head of Special Circumstances, she can be cruel, and had a different “pretty surgery”.

What do you think of these actors for the characters? Do you have any other actor or actress in mind?